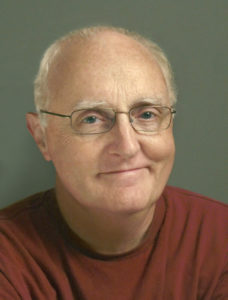 Growing up in the Midwest, the West Coast became his first real life learning destination studying professional photography at the famous Brooks Institute in Santa Barbara, California. His education continued courtesy of the U.S. Army, with duty stations in Key West, Florida, Taiwan, and Vietnam, fortunately with a State Department assignment.

After the army, life grew enjoyably with marriage and fatherhood. As life does, it presented ups and downs, which cast him into experiences for which he was not prepared. These passages led into personal questioning and the adventures that followed with all the lows, highs and everything in-between to become a mature, well rounded adult. It is a wondrous ride.

When the days become longer and there is more sunshine, the grass becomes fresh and, consequently, we feel very happy. On the other hand, in autumn, one leaf falls down and another leaf falls down. The beautiful plants become as if dead and we do not feel very happy. Why? I think it is because deep down our human nature likes construction, and does not like destruction.

We began as mineral. We emerged into plant life, and into the animal state, and then into being human, and always we have forgotten our former states, except in early spring when we slightly recall being green again.

For me, trees have always been the most penetrating preachers. I revere them when they live in tribes and families, in forests and groves. And even more I revere them when they stand alone. They are like lonely persons. Not like hermits who have stolen away out of some weakness, but like great, solitary men, like Beethoven and Nietzsche.

Everything is beautiful in its own way. Like the starry summer night, or a snow-covered winter’s day. And everybody’s beautiful in their own way. Under God’s heaven, the world’s gonna find the way. There is none so blind as he who will not see. We must not close our minds, we must let our thoughts be free. For every hour that passes by, we know the world gets a little bit older,it’s time to realize that beauty lies in the eyes of the beholder.

Watch nature, because it is your greatest teacher. It moves and flows and moves on again. There is an incredible beauty out there in the mountains, in the forests, to teach you it’s silence, it’s beauty, it’s humility. Stay aligned to that.

If you trust in Nature, in the small Things that hardly anyone sees and that can so suddenly become huge, immeasurable; if you have this love for what is humble and try very simply, as someone who serves, to win the confidence of what seems poor, then everything will become easier for you.

To find the universal elements enough; to find the air and the water exhilarating; to be refreshed by a morning walk or an evening saunter; to be thrilled by the stars at night: to be elated over a bird’s nest or a wildflower in spring… these are some of the rewards of the simple life.

I am a testimonial to waking up from the deep sleep buried in clouds of doubt. I wandered lost until I found my way into this life, and I am ever thankful and reverent of the mistakes and losses along the way. Now I hope to offer inspiration to others who find this story.

All photos and written content on this site are the property of Grinning Apple/W. Lee Baker.

If you have questions about our photos and would like to purchase rights or prints, we certainly invite you to be in touch. Let us know how we can help.  Contact Page

Message us via our contact form, let us know what you need, and the best way to reach you. We look forward to hearing from you.