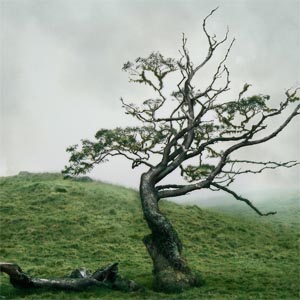 I was in a friend’s jeep going over the open ranch spaces on the big island in the state of Hawaii, when I spotted this lonely tree. That island is a really large land mass and one can even imagine that you are not on an island. So the higher center of the island is open to ranching. That is where herds of cattle graze.

Koa trees grow there. Their finished lumber is so beautiful. It glows iridescently when a direct light shines on it and changes as you move your viewpoint.They can be quite large and stately when  mature. Because of their desirability, they are protected. I have wondered if this old gentleman is also a Koa tree that just didn’t quite make it. I like to let my imagination run. I look at the section on the ground and wonder what happened. Was it the loser of a battle who lies fallen? 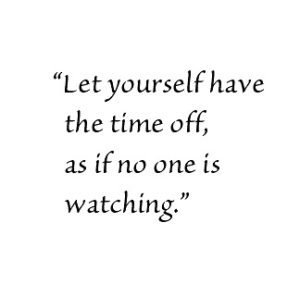 This scene interested me enough to make this permanent record. The combination of the wide open spaces and fog lent a lonely feeling to the place. As I look at the image again, I wonder what has passed this way.

I begin to see how the standing tree is barely hanging on. Being where it has grown, there is plentiful sun and water. So I imagine that it is truly old and nearing the end of its time. That inspired me to find the words that accompany the image. I hope you find some old things as interesting as I do.

Here’s a good idea. It’s healthful to let your imagination run wild. Well, OK, keep it from running TOO wild. An article on the benefits of daydreaming linked here, lists the following as benefits of daydreaming:  enhanced memory, empathy, increased creativity and problem-solving ability. Its all good, so let yourself enjoy it.

If you trust in Nature, in the small Things that hardly anyone sees and that can so suddenly become huge, immeasurable; if you have this love for what is humble and try very simply, as someone who serves, to win the confidence of what seems poor, then everything will become easier for you.

When the days become longer and there is more sunshine, the grass becomes fresh and, consequently, we feel very happy. On the other hand, in autumn, one leaf falls down and another leaf falls down. The beautiful plants become as if dead and we do not feel very happy. Why? I think it is because deep down our human nature likes construction, and does not like destruction.

Watch nature, because it is your greatest teacher. It moves and flows and moves on again. There is an incredible beauty out there in the mountains, in the forests, to teach you it’s silence, it’s beauty, it’s humility. Stay aligned to that.

We began as mineral. We emerged into plant life, and into the animal state, and then into being human, and always we have forgotten our former states, except in early spring when we slightly recall being green again.

For me, trees have always been the most penetrating preachers. I revere them when they live in tribes and families, in forests and groves. And even more I revere them when they stand alone. They are like lonely persons. Not like hermits who have stolen away out of some weakness, but like great, solitary men, like Beethoven and Nietzsche.

To find the universal elements enough; to find the air and the water exhilarating; to be refreshed by a morning walk or an evening saunter; to be thrilled by the stars at night: to be elated over a bird’s nest or a wildflower in spring… these are some of the rewards of the simple life.

Everything is beautiful in its own way. Like the starry summer night, or a snow-covered winter’s day. And everybody’s beautiful in their own way. Under God’s heaven, the world’s gonna find the way. There is none so blind as he who will not see. We must not close our minds, we must let our thoughts be free. For every hour that passes by, we know the world gets a little bit older,it’s time to realize that beauty lies in the eyes of the beholder.

Everyone said they loved our photos and that the photographer was amazing.  We totally agreed.  We had a very dramatic city skyline with some specific ideas of the type of lighting we wanted for th…

Excellent photos, very sharp with great color.  Bill is a very discrete photographer. He managed to get a comprehensive collection of photos…  They make our memories come alive.

Filtered Review - As seen on Yelp

Great experience with a true professional!  Got beautiful pictures and had a wonderful time.  We really liked how he guided us through our day and handled the details that were important to us.

Filtered Review - As seen on Yelp

The Art of Living

The Art of Living (c) 2014 - All Rights Reserved - All photos and written content on this site are the property of The Art Of Living and W. Lee Baker Arts. If you have questions about our photos and would like to purchase rights or prints, we certainly invite you to be in touch.

Because we likely have our hands full of camera gear, the best way to reach us is via email from our Contact Page

We look forward to hearing from you.
~ Have a wonderful day!